Oh, and I meant to include this random piece of information in the previous post but it slipped my mind:

♦  I just got back on Tuesday from a 3 week trip to Europe to go to some physics workshops in Brussels, Belgium and in Benasque, Spain.  While we were in Brussels, Nicole and I saw among many other things the Église St-Nicolas, a strange church near the Grand Place, which actually has privately owned shops built into the walls, completely surrounding the church!  According to our guidebook,

"A market church was built on this site at the end of the 13th century, but, like much of the Lower Town, it was damaged in the 1695 French bombardment.  A cannon ball lodged itself into an interior pillar and in 1714, the bell tower finally collapsed.  Several restoration projects were planned but none came to fruition until 1956, when the west side of the building was given a new Gothic style façade.

Dedicated to St. Nicolas, the patron saint of merchants, this low-lit atmospheric church is known for its choir stalls, dating from 1381, which depict the story of St. Nicolas on medallions..." 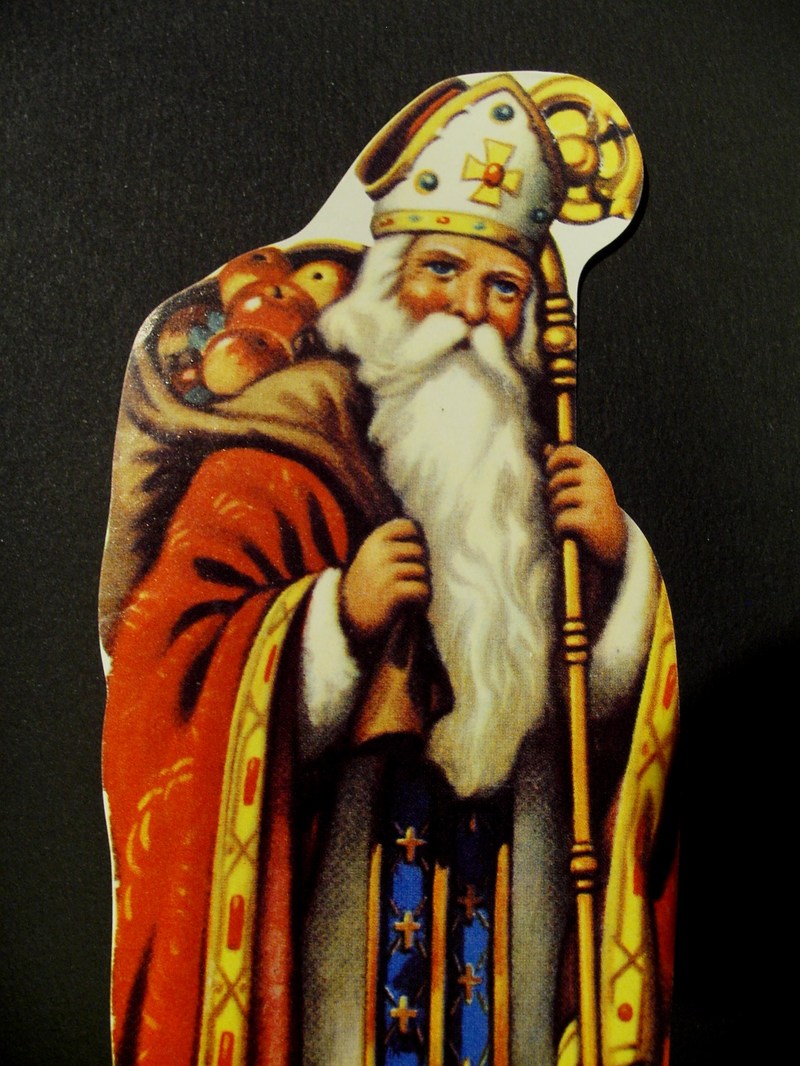 So, now you know which side Santa's bread is buttered on!  Explains a lot, doesn't it?

It is now 145 days until Christmas, so you have plenty of time to forget this fact if it is going to ruin your holidays.  Ho ho ho!

I am a Lecturer in Theoretical Physics at the University of Cambridge. Before that, I read Great Books at St. John's College (Santa Fe), got my physics Ph.D. from U Maryland, and did my postdocs at UC Santa Barbara, the Institute for Advanced Study in Princeton, and Stanford. The views expressed on this blog are my own, and should not be attributed to any of these fine institutions.
View all posts by Aron Wall →
This entry was posted in Links. Bookmark the permalink.